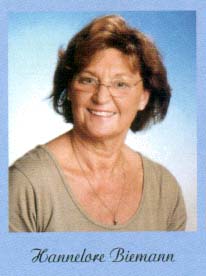 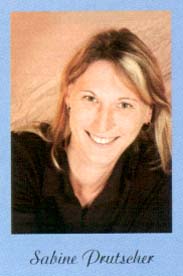 Celluloid was first invented in America in, give or take a few years, 1865. It was the first plastic and there was a new method to mold the plastic (Blowing technique). In 1873 the predecessor of the Schildkröt factory, “Gummi- and celluloid factory” was started. In 1896 Robert Zeller made the first dolls in Mannheim-Neckarau. Schildkröt (Tortoise) was chosen because celluloid was a lot stronger than porcelain. After 1945 celluloid was banned but it would still be years before the last celluloid doll would be sold.

In 1948 Schildkröt came with a new material: Tortulon(polystyrene). Up to today there are still classic dolls made from Tortulon. The Mr. and Mrs. Biemann got to know each other in the toy branch. When they took over the Schildkröt factory in 1983 there wasn’t a lot of the production left. The sales were going well and the collection was expanded. At the end of the 80s they wanted to expand in the factory in Kaufbeuren, but there was no space. Either they had to build in Kaufbeuren or take over the Thüringse dolls and stuffed animal factory. Raby-Rauenstein factory had machines that could mold vinyl. This is very important for the production of dolls. The gentleman Hubertus Biemann and his wife Hannelore Biemann decided to move to Rauenstein on the 20th of December in 1993. At the beginning of January 1994 the first completely finished dolls left the factory in Rauenstein.  Their son Stephan joined them in Rauenstein in 1995, because he was the factory leader. Also their daughter, Sabine, works in the company. In 1996 the factory had existed for 100 years and this was celebrated with various doll releases. In 1995 we too had a celebration, our business had existed for 125 years. The Schildkröt factory made Hans and Erika for us, a doll couple. The prototype for this couple can be seen Schildkröt’s museum. This was one of the special, limited editions dolls and bears from Hesemans in Breda. The firm Ruby-Rauenstein had a lot of experience in the making of stuffed animals (bears) and dolls. These animals were stuffed completely by hand. Because they wanted to stick to traditional ways they decided to work together with the Schildkröt factory. They had old Educa models from the factory in Thüringen. During Schildkröt’s 100th anniversary the Mr. and Mrs. Biemann opened the Schildkröt museum. This museum is quite extended in the celluloid doll section. Under their leadership the company has thrived. Especially the re-launching of old models in different sizes was successful. Now years later besides the old models they have also taken on new artists who make modern dolls. This means that the doll history is moving forward in ONE factory. From classic to modern from play doll to collector’s item.